Guide: Explore The Most Famous Indian Dishes And Its History

Home  »  Indian restaurant   »   Guide: Explore The Most Famous Indian Dishes And Its History

It is impossible to hate Indian cuisine; there will be something that you might like in Indian cuisine. There is just so much layer and depth that you will find it hard to put it in the box.

India is a diverse country that has tons of dishes and recipes that change with the region. And the food is something that distinguishes and unites the Indians all at the same time.

If you are a fan of rich culinary art, you should visit an Indian Vegetarian Restaurant in Sydney and enjoy the meal of your life.

Most Popular Dishes From India And Its Origin

Let us begin our journey with this creamy and decadent dish that has won the hearts of so many people. There might be someone who would not hate butter chicken. Butter chicken is a staple item that the chef serves in the best Indian restaurant in Sydney. So if you have not tried it yet, this is your reminder to get one on your next visit. Straight from the heart of north India, it originated from Old Delhi. According to some stats, a man named Kundan Lal Gujral, who was the owner of Moti Mahal Delux, introduced butter chicken first in Peshawar.

After the partition, the restaurant moved to Delhi. Thereby, Chef Simon Mahal Chahal handled it. It is a fact that people discover some of the most precious things by accident, which was the same in the case of butter chicken. Order Indian food online and enjoy the butter chicken now.

Sambar is basically a very popular lentil-based stew in south Indian cuisine. Some of the best combinations are Idli Sambar, Dosa Sambar, and so on. They are inseparable food items that originated in the 18th century.

We believe that they originally introduced them in the kitchen of Thanjavur Marathas Ruler Shahuji. Because of his extreme fondness for the dish name amti, the chef curated the sambar by accident. The main ingredient that the chef uses to make amti is kokum. One fine day, there was no kokum available in the pantry, so the chef decided to create a dish similar to amti but to use tamarind pulp instead of kokum for the sourness. Apart from that, they also experimented with the tuvar dal, spices, vegetables, and tamarind pulp. After that, they served this whole meal to Sambhaji, who had just fallen in love with the dish. Ever since then, they have declared sambar as the dish named after the Sambhaji.

It comes from the word birian, which originated from Persia. “Birian” is loosely translated to “fried before cooking.” The Shah Jahan queen once visited army barracks and found soldiers to be undernourished. This is why she asked the chef to make a wholesome meal that would have all the nutrients ingredients at once hence creating biryani.

Sylvania Indian Restaurant is ready to take your order right away. Book your table or order online to enjoy a delicious meal. 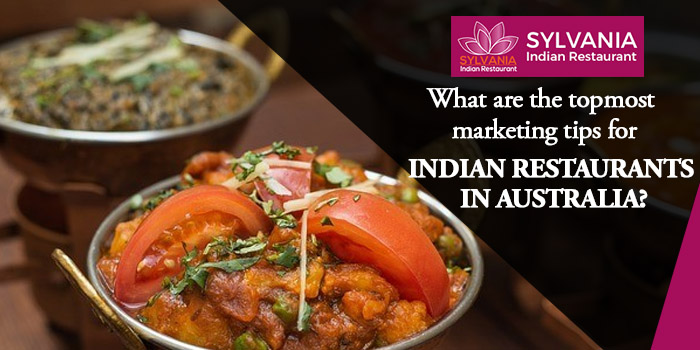 Try Out Delicious Indian Cuisine From The Best Indian Restaurant

Sydney, Australia has adopted the culture of India and its culinary art excellently in the restaurant business. And why should it not? People fall in love with the complex yet…

Indian food that boosts overall immunity and strength Our immune system acts as a natural defense system to protect it against attack and health issues caused due to viruses, bacteria,…

Butter Chicken: Most loved Indian food option What’s that one food option that everyone loves? Without any doubt, the name that stands out is Butter chicken. No matter which part…